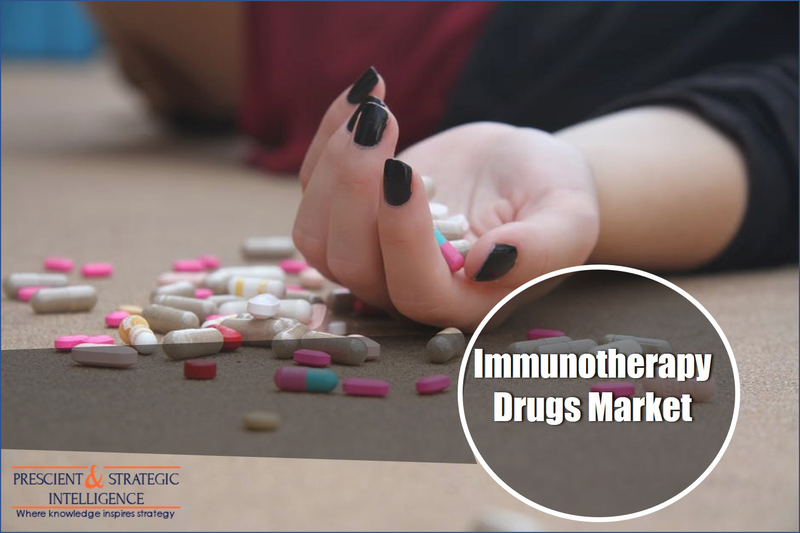 The report provides epidemiology analysis for cancer, autoimmune and inflammatory diseases, and infectious diseases. According to the International Agency for Research on Cancer (IARC) in 2018, 18.1 million people are estimated to be suffering from cancer globally, which is expected to reach 29.5 million by 2040. Another study conducted by the American Medical Association (AMA) between 2005–2015, reported that the incident of cancer cases increased by 33% during this period, of which 16.4% of the cases were due to aging population.

The report also covers pricing and reimbursement scenario for immunotherapy drugs on the universal level and for major countries such as the U.S., Belgium, the U.K., France, Italy, Spain, Japan, China, and Australia. For instance, a reimbursement scenario in the U.K. has impacted the cost of the drugs. Keytruda is an immunotherapy drug used for the treatment of melanoma, non-small cell lung cancer (NSCLC), head and neck squamous cell cancer (HNSCC), urothelial carcinoma, gastric cancer, and cervical cancer. Keytruda generally costs up to $84,000 to the patients. To reduce the cost of this drug, the National Health Service (NHS) England; a publicly funded national healthcare system, and Merck & Co. Inc. entered into an agreement in June 2018, to reimburse the cost of this drug and provide it for routine use as per the National Institute for Health and Care Excellence (NICE) recommendations. NICE recommends NHS to provide reimbursements for this drug and make it affordable for the patients.

Enter your email and we'll send you reset instructions

Please introduce yourself to proceed